The studio at Hospital Radio Glamorgan (RG) has thoughtfully been renamed in memory of a dedicated volunteer.

John Wilce, from Penarth, joined the station based at the University hospital of Wales in Cardiff in 2003 but sadly passed away after a short illness in September last year. 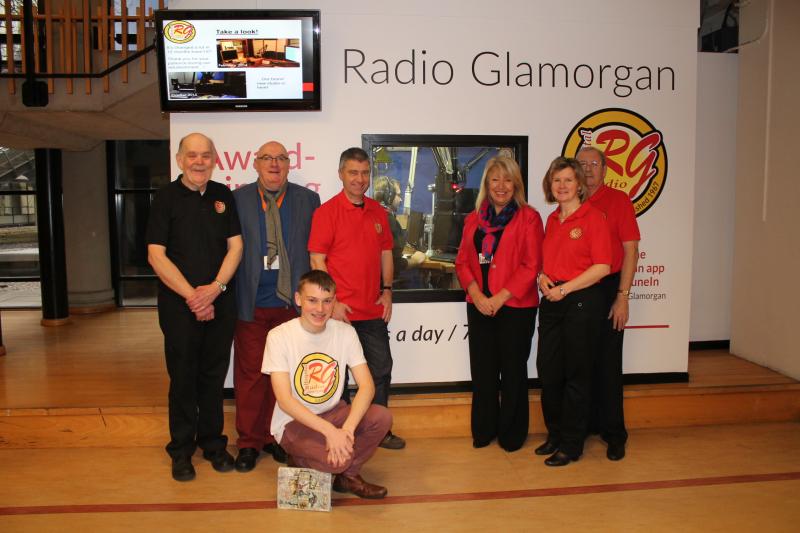 “Since John’s passing, we have all been thinking of ways of how we could honour him and his legacy at the station for many years to come. The renaming of our on-air studio to “The John Wilce Studio” was a popular choice to recognise his outstanding dedication”

“The 4th June  would’ve been John’s 70th Birthday, so this we felt really was a fitting tribute and a lovely memorial to all those who knew him, as a constant reminder of his contribution to Radio Glamorgan”

John presented a regular show on Sunday evenings, during which he’d often dedicate features to listeners and without fail as a big Beatles fan, played a track of theirs every time he was on air.

When John was off-air from his show, he took charge overseeing and maintaining the broadcast equipment, actively engaged in fundraising events and also stood as a trustee, assisting with the day-to-day running of the station.

Jamie added; “I speak on behalf of everyone at RG to say it really was a privilege to know John, not only as a fellow volunteer but as a friend too. He always put everyone else first before thinking of himself and his patience was beyond. His knowledge of music was phenomenal and overall the impact he had on everyone he met, not just at Radio Glamorgan has really come to light since his passing”

Michelle Fowler, Volunteer Services Manager at Cardiff and Vale University Health Board said: “It’s such a wonderful tribute to rename the studio after volunteer John Wilce, he really made an impact on our wards and with our patients who listened to his shows on Hospital Radio Glamorgan.  Such a lovely way to mark not only John’s birthday but also to mark the contribution he made as a volunteer during Volunteers’ Week.”