A North Oxfordshire pub has been hosting charity race nights to help raise vital funds for local charities. One of the latest beneficiaries is hospital, health and wellbeing radio station, Radio Horton, who received four-hundred pounds from the event.

The Butchers Arms is nestled in the quaint village of Balscote, six miles to the west of Banbury, and began hosting the race nights following the re-opening of pubs after the pandemic and have so far raised funds for other local organisations such as the Katharine House Hospice.

“Over the course of the last twenty-four months, our local charities have not been able to raise funds in the usual way and we wanted to give something back.” 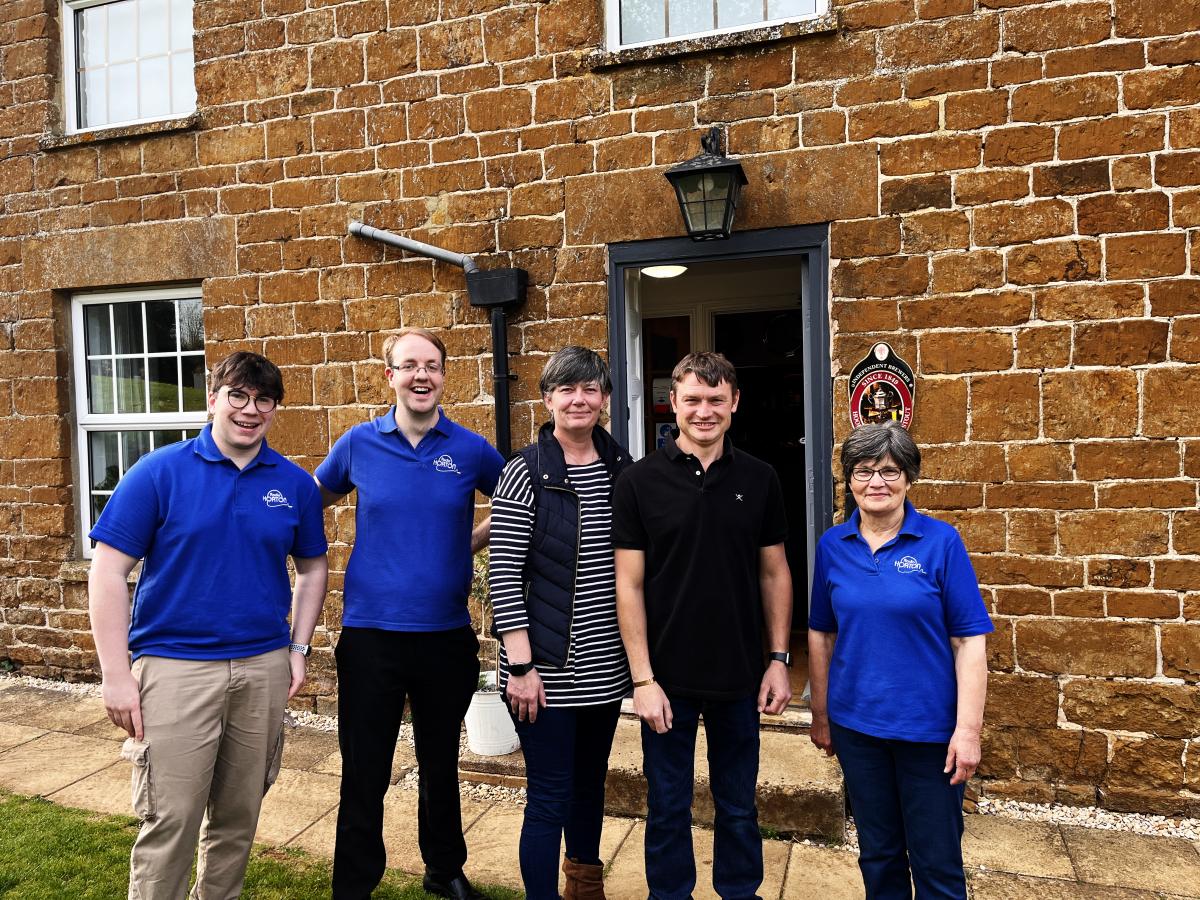 The pub organised the event with the help of Race Night Services, a company which provides the resources required to participate in the race event. A race night is a fun packed lottery where everybody has an equal chance to win and is described by the company as for the complete racing beginner and expert alike with every race contains eight runners. The players simply select the number of the horse they want to win. After the desk closes, the film is loaded, and the game begins, with proceeds split between the winners and the charity.

Kate and Simon selected Radio Horton after the charity was nominated by the local punters, with the race event taking place on Sunday 27th March.

“It was a wonderful surprise to receive the donation from The Butchers Arms and completely unexpected. We would like to express our gratitude to Kate, Simon and the local punters for their generosity and their support, we really cannot thank you enough for the difference this will make.

The future of Radio Horton is exciting, and now that we are climbing out of the pandemic we can begin to explore and seize new opportunities that will allow the radio station to meet its new charitable objectives for the public benefit, and offer something both unique and valuable for the generations to come”.