Half a century by your side, Coventry Hospital Radio

Coventry Hospital Radio (CHR) has celebrated a landmark 50 years on the air with a special 50-hour live broadcast. 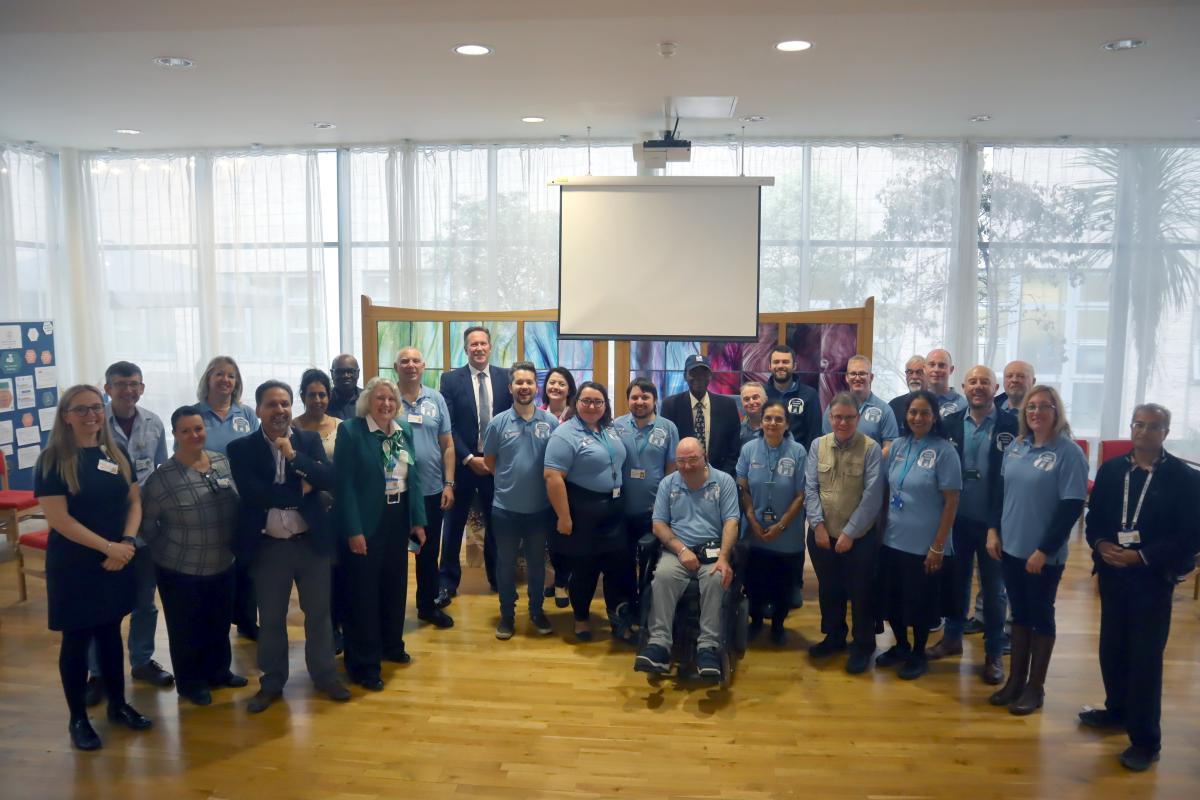 Beaming out a total of 21 different shows to bedsides across University Hospital in Coventry, where the volunteer-run station is based, the broadcaster has now been entertaining and comforting patients, local residents and even those further afield via the web for more than half a century.

From its humble origins as Walsgrave Radio in 1972, the station joined the Voluntary Organisation at the old Walsgrave Hospital in 1980, when it became Coventry Hospitals Broadcasting Service, before becoming Coventry Hospital Radio around the turn of the millennium.

Since the station’s early days, an eclectic mix of larger-than-life personalities, popular guests and patient-favourite songs has filled the airwaves, with presenters past and present coming together to celebrate the milestone.

Barnie Choudhury, who cut his teeth at CHR before moving on to broadcast with the BBC, shared the impact the station has had on him.

“Hospital Radio taught me to be a professional. I followed in the footsteps of the giants that set the station up in 1972, they are my teachers, friends and the reason why I became a pro broadcaster.”

The station has evolved continuously throughout its lifetime, moving from vinyl to digital playback, and even a studio revamp featuring state-of-the-art broadcasting technology funded by the UHCW Charity.

CHR Presenter, Simon Tidmarsh, who volunteers for the station alongside working in the Surgical Services team at the hospital, said:

“It’s truly marvellous to be celebrating 50 years and to bring so many of our volunteers together to commemorate the occasion.

“It brings us all a great deal of pleasure to be able to serve our patients across the hospital and give them something to look forward to throughout their stay and we hope to continue doing so for another 50 years and more.”

“Our hospital radio volunteers make a huge difference for our patients each and every day. It can be lonely for some patients while in hospital and to have the familiar voices and sounds of Coventry Hospital Radio is an invaluable comfort to them.”

“Radio is such an uplifting thing, particularly for any patients who may be experiencing discomfort. People can often feel isolated even if they have friends and family visiting regularly, and to have the station there alongside them is a huge comfort.”