At 9.53am on the 1st September 2021, and with the help of Andrew Jones MP, Harrogate & District NHS Found Trust Chairman, Angela Schofield, and its Chief Executive Steve Russell, Harrogate Hospital Radio was 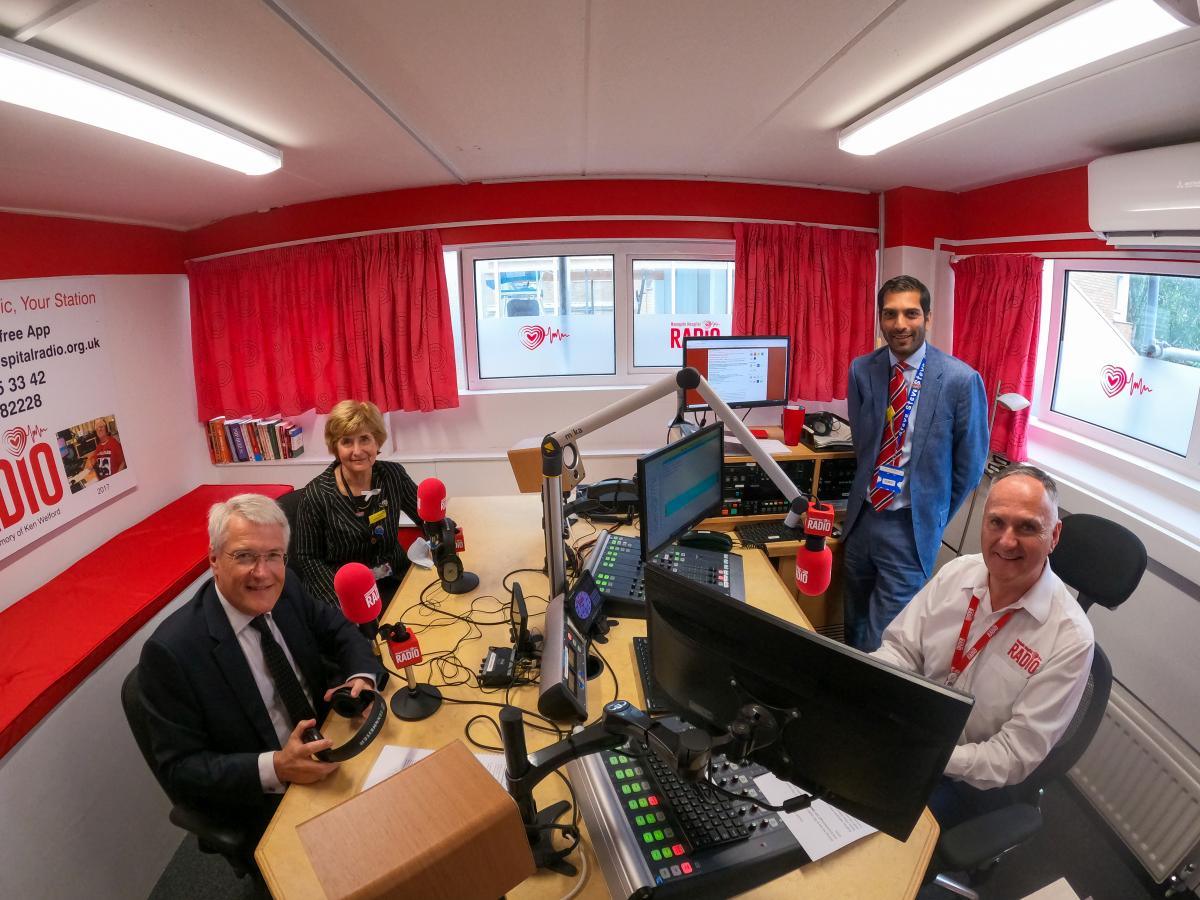 heard for the first time on 95.3FM, a ‘Fantastic Moment’ for the volunteer-led organisation and a first for a hospital radio station.

In addition to being listened to via the Harrogate Hospital Radio app and website, the charity radio station can now be heard on radios within a two-kilometre radius of Harrogate District Hospital, where it is based.

This momentous occasion was the end of a three-year personal campaign by its Chairman, Mark Oldfield, who never gave up the hope of broadcasting on FM after despite being knocked back twice by regulator, Ofcom.

"Today is one of the most momentous occasions in our 44-year history, and I couldn’t be happier.

“I would like to thank everyone who has supported us on this journey, in particular Mr Jones, and Harrogate Hospital NHS Foundation Trust. Without their help and influence I’m not sure we would be where we are today – broadcasting live on 95.3FM.

“Being awarded an FM licence – a first for a hospital radio station - is another historic step in the Harrogate Hospital Radio story. Our first broadcast was from a single room in the District Hospital, which had one microphone, one turntable and one reel-to-reel tape recorder.

“Over the years, and thanks to countless fundraising drives and donations from businesses and charitable organisations, we have been able to constantly upgrade our equipment and move within the hospital.

“We now have two studios boasting state-of-the-art broadcasting equipment, and from an ‘internal’ audience of patients, Harrogate Hospital Radio can now be listened to anywhere in the world.”

“Four years ago, the only way to listen to us was via the bedside entertainment consoles. When they were removed our future looked incredibly bleak. Now, I’m delighted to say it has never looked brighter, and we look forward to attracting a whole new audience."