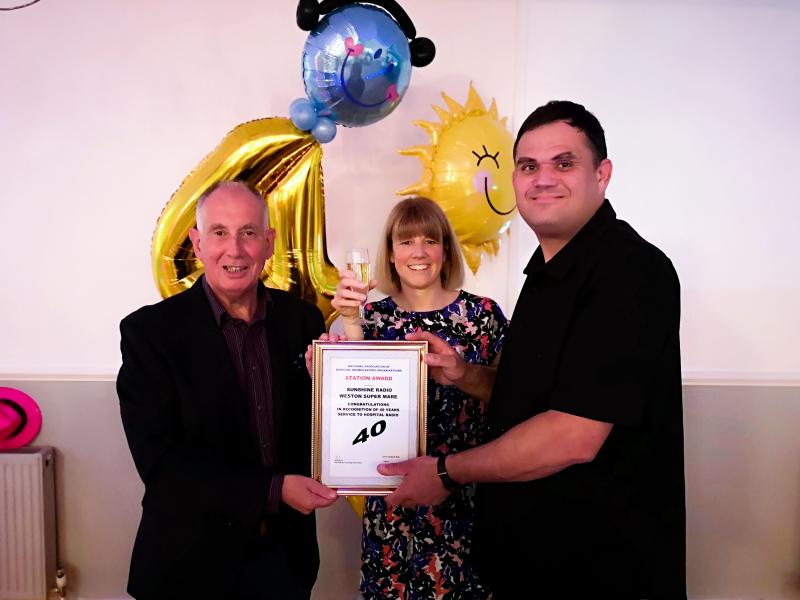 There was a party atmosphere at a hotel in Weston super Mare as a charity that entertains hospital patients celebrated its 40th anniversary.

Since first broadcasting in 1978, Sunshine Hospital Radio has helped to entertain thousands of patients in an effort to make their time in hospital more comfortable.The free radio service, provided by volunteers, was created to deliver shows tailored to the requirements of Weston General Hospital’s patients, 24 hours a day, 365 days a year.

Last Friday night, at The Royal Hotel, supporters of the charity gathered for a fun-packed night of dancing, music and food.

Members from the past were reunited to share fond memories and paid tribute to the organisation. Robbie Gill, who volunteered in the late 1990's said: "It was so lovely meeting friends old and new. Well done to all involved for organising a successful night!"

Darran Huish, a representative of the national Hospital Broadcasting Association was a guest at the party. He was there to present a certificate of achievement to Sunshine Hospital Radio, he said: "I'm proud to be able to present them with this Long Service Award. It's a tremendous party atmoshere and it's wonderful to be here to help celebrate Sunshine's 40th anniversary."

This year has been particularly busy for Sunshine Hospital Radio as the charity completed work on their new studio, which was officially opened in August by Glastonbury Festival organiser Michael Eavis.

Sunshine Chairman Jo Newey, said: "It's been great to get everybody together to share their happy memories of years gone by, and also look forward to the future of the station."