BHBN receives award in recognition of its services to Birmingham 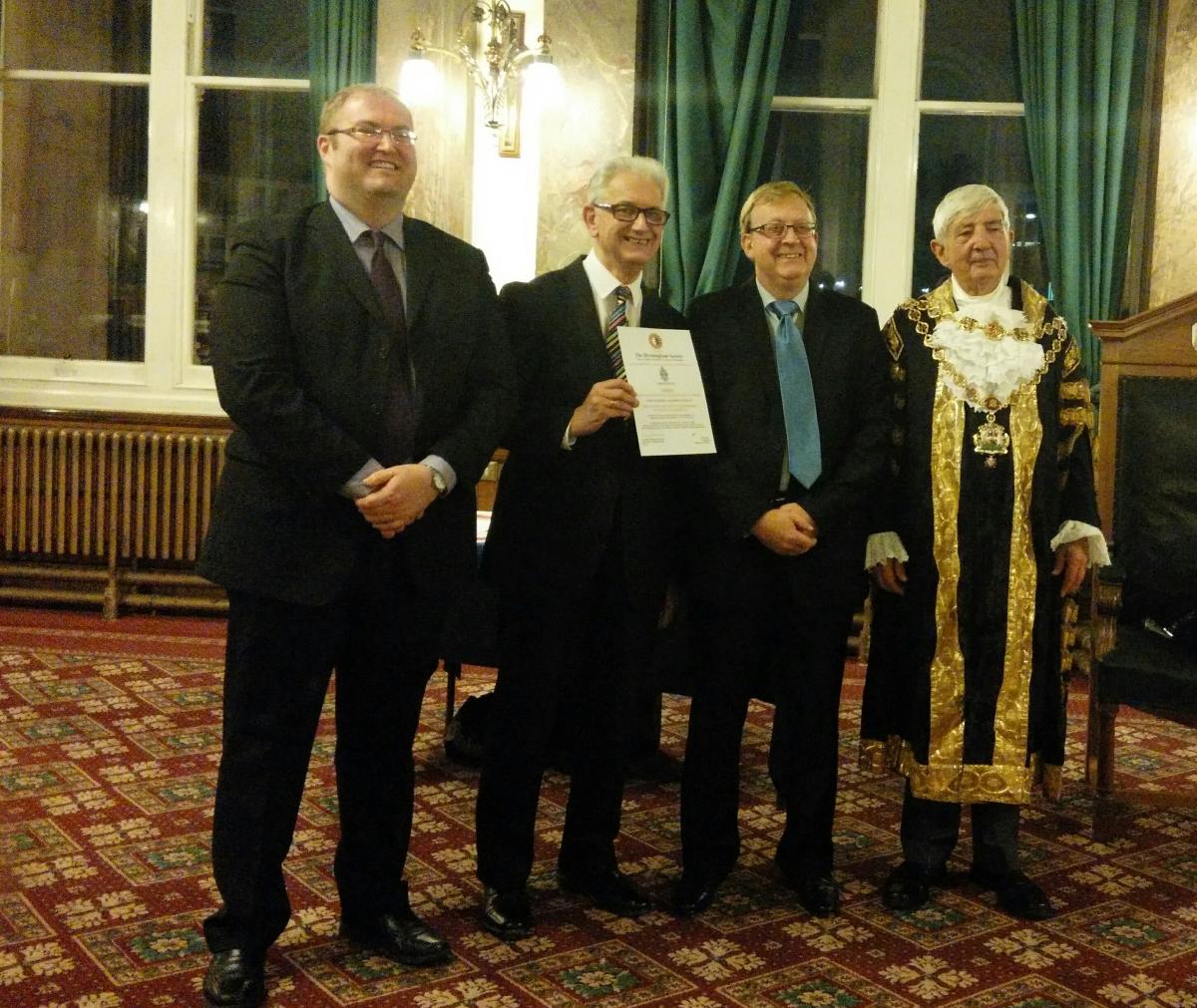 Birmingham Hospital Broadcasting Network (‘BHBN’) has received a coveted award for its services to patients in Birmingham from The Birmingham Society.

BHBN, the volunteer run hospital radio station, based in the Heritage Building of the Queen Elizabeth Hospital, was founded in 1952 and is one of the largest and longest established hospital radio services in the UK.

The Fourteenth Patricia M. Purchase Award is being given by the Birmingham Society to BHBN in recognition of its longstanding work in the community, broadcasting to NHS hospitals across Birmingham. Previous recipients of the award include Aston Villa Football Club, Birmingham Repertory Theatre and Birmingham Children’s Hospital.

BHBN broadcasts 24 hours a day, seven days a week, delivering a range of entertainment, music and sport based programs designed to appeal to the range of patients in hospital. In 2014, BHBN expanded its reach by launching an online streaming service, making it more widely accessible to the general public and enabling patients to connect with family and friends at home.

Receiving the award on behalf of BHBN, Brendan Delaney, Secretary for BHBN said:

‘We are heartened to receive this award, and would like to express our gratitude to the Governors of the Birmingham Society for nominating BHBN in recognition of our commitment to making patients’ time in hospital that little bit easier and bringing a smile to their faces through the power of music and radio programming.

‘We would like to dedicate the award to the memory of our late Chairman, Chas Allen, who himself was made a Fellow of the Birmingham Society and sadly passed away before the award was officially announced’.

A spokesman for the Birmingham Society said,

‘The Board of Governors was delighted to acknowledge the exemplary service and sheer professionalism of BHBN. Patricia M. Purchase was one of our first Fellows but died before she could receive her certificate. Like many of our Fellows Patricia was very quiet and private, the services she rendered were huge and the benefit to those around her tremendous. BHBN works quietly away providing a wonderful service to people in hospital and those who listen on the internet too. Congratulations, keep up the good work!’

The award was presented to BHBN at the Birmingham Society’s Twenty-First Convocation at Birmingham Council House on 21st September 2015.