The National Hospital Radio Awards is an annual celebration of the excellent standards found in hospital radio stations across the country.

The awards are open to any HBA member station; full details and application documents can be found on these pages.

The awards are divided into different categories, each one recognising a specific area of excellence; some are awarded to individuals, others to stations.

Most of the categories recognise gold, silver, and bronze winners; however, some prizes are awarded to only one individual with no runner-up places.

Silver - Radio Cherwell
Bronze - Radio Brockley
The judges said:
"In a league of it's own. The ultimate in local, community radio – that community clearly being the hospital. The interaction from the wards is second to none, there's a diverse range of music programmes and - it appears from this entry at least - the team are out and about at every event in the Plymouth area, painting pictures for the listeners, really making them feel a part of it, not missing out. Really, really good; a credit to Hospital Broadcasting."

Silver - Rhodri Buttrick (Hospital Radio Reading)
Bronze - Andrew Hill (Hospital Radio Plymouth)
The judges said:
"This was a real joy to listen too – perfect hospital radio. Great interviewees, packed full of interesting material, which sounded slick yet natural. A man at ease with his microphone and a clear understanding of who he's communicating with."

Silver - Gail Hutson (Radio Wey)
Bronze - Ellie Jackson (Harrogate Hospital Radio)
The judges said:
"This entry was very listenable - it still sounds great after half a dozen times. Lesley has a wonderful manner with her guests and her naturally friendly presentational style makes her the perfect host."

Silver - South of England Agricultural Show (Radio Redhill)
Bronze - 80th Anniversary of Llandough Radio (Rookwood Sound Hospital Radio)
The judges said:
"We were blown away by the outstanding quality of this broadcast. An excellent listen with a vast array of voices, offering variety and entertainment throughout. An ambitious piece of radio that deserves Gold."

Silver - Largest Helicopter Museum in the World (Sunshine Radio)
Bronze - The Bluebell Line ( Radio Redhill)
The judges said:
"This was a pleasure to listen too. It was interactive, portrayed a lovely atmosphere, and brought to life the event – as it was happening – giving the listener a real feel they were there sharing the moment. It's what radio – especially hospital radio – can do so well."

Silver - Molly Townson (Radio Brockley)
Bronze - Dom Cornfield (Ridgeway Radio)
The judges said:
"A stand-out entry. All of us immediately warmed to Mark; his approach on air is just right – you'd want to listen and engage with him from the moment he starts speaking. A real connection with the listener."

Silver - MiTunes (Radio Wey)
Bronze - In the Chair (Hospital Radio Bedside)
The judges said:
"This entry is a great concept for a show, wonderfully local to Tyneside, a presenter with a great personality, constantly amusing and engaging. Brilliant!"

Silver - Radio Glamorgan
Bronze - Nottingham Hospitals' Radio
The judges said:
"This offered great scripting that tied-in perfectly with the short clips used throughout. There was lots of content, portrayed in such a short space of time, it made us want to tune in to the show it was promoting – which is really what a promo is all about!" 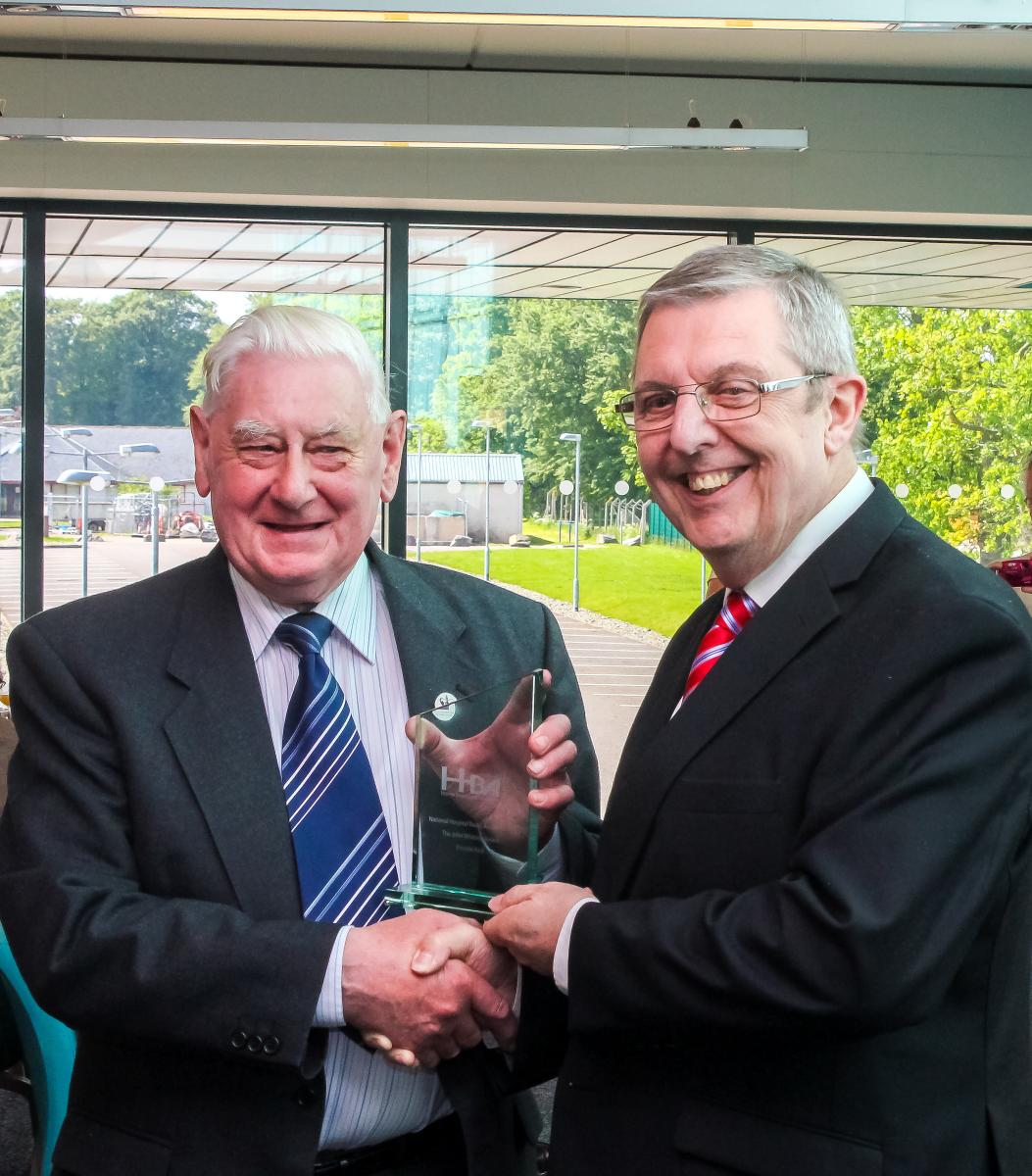 "There simply would be no Inverness Hospital Radio if it wasn't for Donnie Aird. It was founded by Donnie and the late Alistair Gardner, with a first home-recorded broadcast in November 1970. Together they organised and financed the whole operation, with Donnie the technical brains. He has been a stalwart for the service ever since - seeing it through to the 24/7 operation today. Donnie spent very many hours building the desks and wiring all the equipment when, in 1976, a small studio room was made available in the hospital. He trained new members to extend broadcasting to every evening. He was also the technical operator for the weekly request show for many years. In 1998 the service moved to its current studios and Donnie's experience was invaluable. He also played a big part in raising the £150,000 to kit out the new premises. Today he still plays as big a part as ever at the station - as a former chief engineer at Moray Firth Radio, his technical know-how is second-to-none."

Silver - Steve and Debbie (Rookwood Sound Hospital Radio)
Bronze - Tom Auston, Rob Jackson and Charlie Still (Hospital Radio Chelmsford)
The judges said:
"This had great energy and an upbeat presentation style, full of personality. An honest, natural dynamic within the presenters, it sounded friendly and easy to listen to. There was excellent variety within the entry, with use of clips, including events, made even better by the inclusion of personal experiences, leading into another interesting clip of the event. Informative and entertaining. A good balance of serious and light-hearted topics."

"Janet and Tony, both in their 70s, joined HWD around 11 years ago and began their fundraising efforts by attending car boot sales, with all the proceeds donated to the station. Tony then turned his hand to making bespoke items, such as wheelbarrow planters, bird tables, garages for toy cars etc. They became inundated with orders, especially around Christmas time. Car boot sales then developed into local fetes and garden parties. Proceeds from these efforts have exceeded £1200 every year. The couple have also hosted coffee mornings from their home and sold hand-made greetings cards and bric-a-brac in the hospital foyer 3 or 4 times a year. In fact HWD tell us their main source of income is now provided by the Barretts fundraising efforts. This last year they have surpassed all records and raised nearly £1400 for the station. HWD said 'If it wasn't for Janet and Tony, we wouldn't enjoy the fabulous equipment that our members take for granted. They are true stalwarts, making a significant contribution.'"

The Awards - As They Happened

Hospital radio stations around the UK are already working towards their entries for the National Hospital Radio Awards 2015 which will be held at the Marriott Hotel, Gosforth Park.

For more information on the award categories; listen out for news on the HBA website and in your inbox over the coming months.

The HBA sends its congratulations to all our member stations who won or were nomintated for awards in 2014, we hope to hear your new entries when your next National Hospital Radio Awards opens for nominations on 1st Septermber 2014!